According to European Union law, we would like to inform you that our website uses cookies in order to deliver you highest quality services. You may specify how cookies are being stored in your browser's settings.

Error loading Menus: You have an error in your SQL syntax; check the manual that corresponds to your MariaDB server version for the right syntax to use near 'AND falang_content.published=1 AND falang_content.reference_id IN(5163,517...' at line 4

Pwllheli and the Area

Pwllheli is the gateway to the best sailing waters in the U.K. Tidal streams are weak, winds are stable, and the scenery is superb.

Pwllheli is the principal town of the Llŷn Peninsula which lies on the north-west corner of Wales, dividing Cardigan Bay (to the south) and Caernarfon Bay (to the north). Being three sides surrounded by the sea, you are never short of a sheltered beach and the climate is relatively mild. To the east are the mountains of Snowdonia, the highest mountain range in the UK south of the Scottish Highlands.

The peninsula stretches out around 30 miles into the Irish Sea and is only around 8 miles wide for much of its length. Being west of the Welsh mountains and in the Gulf Stream, Llŷn enjoys a mild, drier climate than that of the rest of Wales. During the winter there are few or no frosts, but the snow on the mountains in the distance is a beautiful sight. 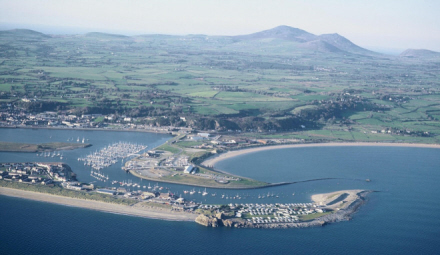 Around the peninsula's nearly 100 miles of coastline, there are sweeping bays, small coves, and rocky cliffs as well as islands, reefs (like Sarn Badrig in northern Cardigan Bay) and impressive headlands. The peninsula has its own range of hills, the most prominent of which is in the northeast, where the sharp peaks of Yr Eifl form the highest point on the peninsula at 564 metres high and even more sharply slope down into the waters of Caernarfon Bay below. The former miner's village of Nant Gwrtheyrn is set amongst this sort of backdrop and is now the National Language and Heritage Centre for Wales. Here, people with absolutely no Welsh at all can learn and those that already know a bit can brush up on their skills.

Pwllheli is the main town for the peninsula, with its bustling weekly market it is the centre of the community here on Llŷn. Other main settlements include Aberdaron, Abersoch, Criccieth, Nefyn and Porthmadog.

Plas Heli Cyf is a Community Enterprise, Not for Profit Distribution Company